What You Need to Know About Diabetic Eye Disease

About 1.5 million Americans are newly diagnosed with diabetes every year. In 2015, over 30 million Americans had diabetes, with almost a third (10 million) not even aware they had the disease. In the same year, about a quarter of a million deaths in the US were attributed to diabetes, with this disease being considered the seventh leading cause of death in the nation. For reference, heart disease is the leading cause of death and Alzheimer’s is the 6th leading cause.
END_OF_DOCUMENT_TOKEN_TO_BE_REPLACED

Age-related macular degeneration, or AMD for short, can strike fear into the bravest hearts. These words can conjure up images of total blindness, complete loss of independence, white walking sticks, and Labrador guide dogs (which should be considered a perk of vision impairment, really). While permanent vision loss isn’t generally a topic to laugh at, the fear factor of AMD often arises from a public misunderstanding of what it actually is. Asking the right questions can help to allay these fears.

END_OF_DOCUMENT_TOKEN_TO_BE_REPLACED

Keratoconus is a type of corneal ectasia, which refers to a group of diseases in which the cornea is thinned and weakened. The name is derived from the Greek word for “horn” (keratos) and “cone” (konos) – “I have a horn-cone on my eye” (said no one, ever).  As the corneal tissue thins, the pressure inside the eyeball may push outward and distort the cornea into a cone shape, leading to distorted vision. Think of a balloon with a weakness in one particular spot – this area will bulge outwards more than the rest of the balloon. While keratoconus does not cause total blindness, vision impairment may progress to the point of causing legal blindness. In the US, legal blindness is defined as a visual acuity of less than 20/200, or a visual field of 20 degrees or less.

END_OF_DOCUMENT_TOKEN_TO_BE_REPLACED

The 40 Year Old Woman Who Cried Tears of Joy

I’d like to venture into the human component of what I do. A little story that reminds me of the true essence of what I do for a living. At the end of the day, it’s not about the money. It’s all about affecting people’s lives and how much I’m affected by affecting those lives.

We spend a lot of time trying to provide useful research to our website visitors especially in the fields of LASIK/LASEK and Pterygium. I think there are times, though, when a good old fashioned story is called for.

END_OF_DOCUMENT_TOKEN_TO_BE_REPLACED

The Effects of Ultraviolet (UV) Radiation on the Eyes

What words come to mind when you think of a bright and sunny holiday destination such as California? Beach, white sand, water? Surfing, sun, sunburn, awkwardly-located tan lines? How about Pterygium?

Pterygia, or its singular form, pterygium, is a benign overgrowth of conjunctival tissue on the eye and has a worldwide prevalence of about 10.2%1. The first part of the word, ptery, is derived from the Greek meaning “wing” (think of the winged pterodactyl), as the typical shape of a pterygium is a triangle. The conjunctiva is a membrane that sits over the whites of the eye, and if it grows over the cornea, the clear bubble over the coloured part of the eye, we get what we call a pterygium. Its little cousin, a pingueculum, is also an overgrowth of conjunctival tissue that presents as a little white or off-white yellowish bump on the sclera but doesn’t encroach onto the cornea.

END_OF_DOCUMENT_TOKEN_TO_BE_REPLACED

Yes, you read that right. I love LASEK. I fully admit it. When done properly it is a great procedure.

Quick story: I recently had a Navy veteran in for a Laser Vision Correction consult. He told me that the Navy requires LASEK to be performed on all of its pilots. So if you are going to land a plane on a ship, you have to go with LASEK (or equivalent) instead of LASIK. Who would not want the same LASEK technique used on them as the Navy demands for its pilots?

END_OF_DOCUMENT_TOKEN_TO_BE_REPLACED

LASIK vs. LASEK – Which Laser Surgery Option Is Best for You?

Imagine this. The zombie apocalypse has finally arrived, you’re running for your life from the undead when suddenly your glasses slide off your nose – and you hear a crunch under your feet. What do you do now? Is that a hungry zombie over yonder or just a human dragging his feet?

A great way to prepare for this impending event (and to not need glasses) is to consider laser eye surgery.

In 2015, 596,000 people in the USA underwent a laser eye surgery procedure known as LASIK. This year, in 2017, an estimated 638,000 people in the USA will have LASIK performed. Also known as laser assisted in situ keratomileusis, LASIK is just one of several refractive surgery options alongside another relatively newer procedure known as LASEK (laser assisted sub-epithelial keratomileusis).  Both are surgical techniques with the aim to address what is called refractive error – basically, the need for correction with spectacles or contact lenses.

END_OF_DOCUMENT_TOKEN_TO_BE_REPLACED

My Guilty Pleasure: Being a Heretic

I had a weird consultation this week.  The case wasn’t weird but the dynamics were.  A young person came in for a Pterygium surgery evaluation.  He was in his early 20s and was a great candidate for surgery with a significant growth that was plaguing him.  He had gone down to Big University eye hospital in Los Angeles the last few years and every time he went in he was told to wait for surgery as his case was high risk.  Then he comes to visit little old me in Ventura County and I turned his world upside down when I said he would do great.

He was accompanied by a relative who was clearly stressed out that I would dare contradict the so-called ‘best of the best’ at Big U.  The fact that I saw no good reason to make this silently tortured young man wait blew this persons mind.  In fact, they were so flustered I was waiting for this person’s head to explode during the visit!  They simply refused to believe that better options were available.

END_OF_DOCUMENT_TOKEN_TO_BE_REPLACED 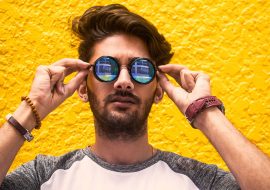 How to Choose the Right Sunglasses

Sunglasses are much more than a fashion statement. The earliest record of eyewear used to protect the eyes from the sun dates … 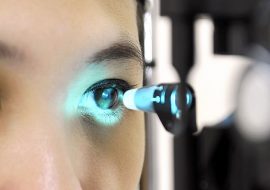 Wouldn’t it be great if we could reverse aging? While we don’t want to go completely Benjamin Button, turning those white … 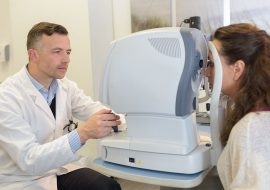 Diabetes is no fun. In addition to always being told to eat less and exercise more, people living with diabetes are at an …