Dr. Michel has been voted the #1 LASIK eye surgeon in Ventura County.

LASIK surgery (laser-assisted in situ keratomileusis) is a laser vision correction procedure of the eye that can correct nearsightedness (myopia) and farsightedness (hyperopia), as well as cure astigmatism. 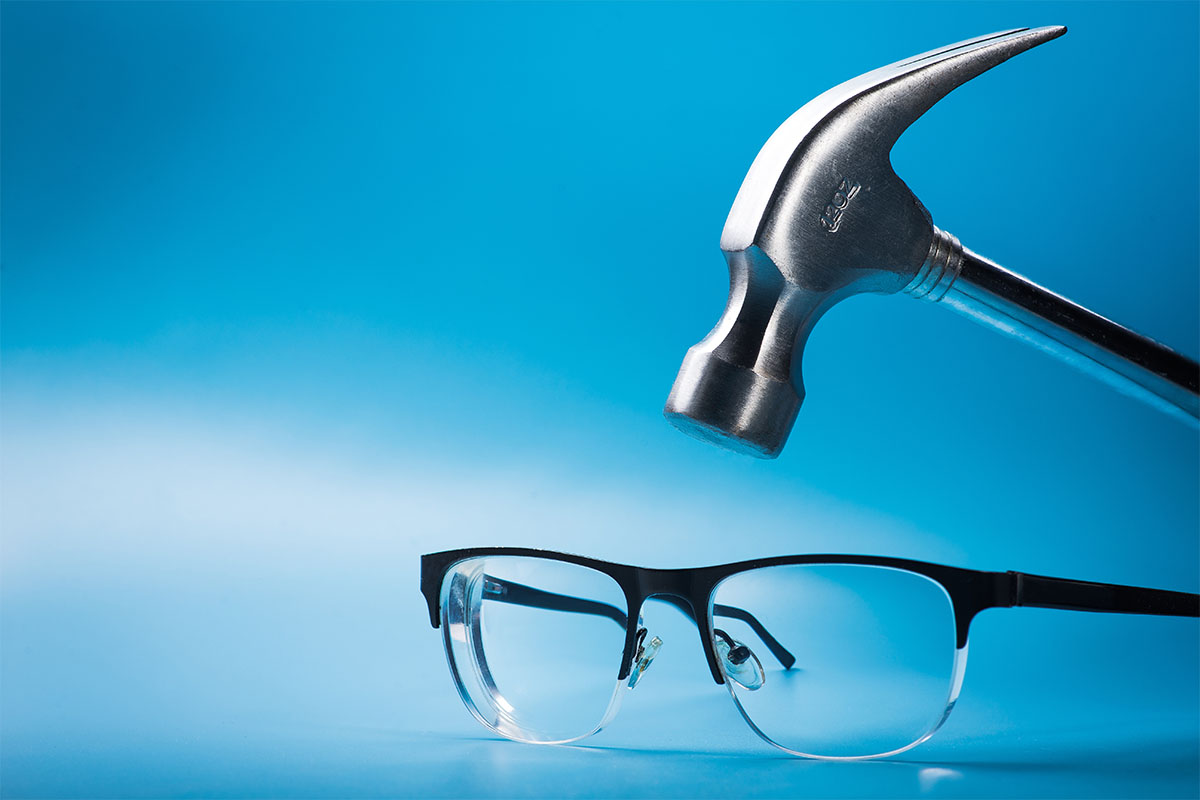 Dr. Michel, voted the #1 LASIK surgeon in Ventura County, uses a technique known as LASEK, or epi-LASEK. LASEK combines the best of both PRK LASIK and regular LASIK. However, unlike PRK LASIK, the epithelial layer is retained and not discarded meaning, with LASEK, there are no sharp blades involved. It’s a no-cut, no-blade laser vision correction procedure. With regular LASIK, also referred to as The Flap Method, the corneal flap is allowed to heal on its own rather than be stitched. As a result, LASIK has the potential for flap complications.

If you’re tired of the inconvenience of constant spectacle or contact lens wear, LASIK eye surgery (LASEK) may be the solution for you. While eyeglasses slip down your nose and contact lenses require routine cleaning and maintenance, laser eye surgery provides you the freedom of clear and comfortable vision without the ongoing costs of replacement frames and lenses.

As the eye is such a sensitive organ and vision is precious, it stands to reason that many Americans may feel some apprehension at the thought of “going under the knife” with vision-correcting eye surgery. Fortunately, what’s known as LASIK eye surgery has progressed to a point where it’s not just performed blade-free but there are also multiple options to suit different eyes, lifestyles, and visual demands.

But first, a quick summary of the problem – refractive error. 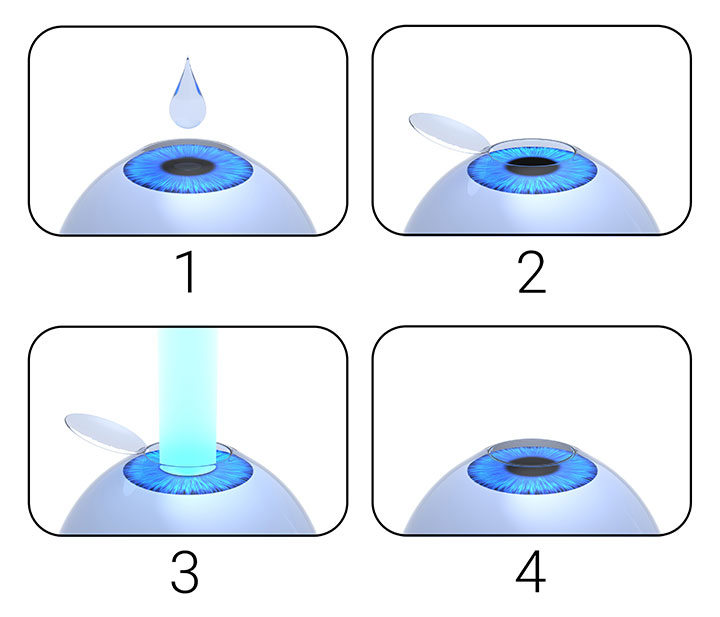 Refractive error refers to the mismatch of the eye’s focusing ability to its length (known as axial length) – basically, if you have refractive error your vision would be improved with prescription optical correction in the form of eyeglasses, contact lenses – or surgery.

For perfectly clear vision, light entering the eye must come to a sharp point on the sensory retina at the back of the eyeball. In nearsightedness (myopia), light focuses at a point before the retina; in farsightedness (hyperopia), light comes to a point behind the retina; and in astigmatism, light actually focuses at two different points, one or neither of which may fall on the retina. The effect of refractive error is blurry vision, either only at certain viewing distances or all viewing distances, depending on the nature of the error.

All refractive laser eye surgery procedures focus on adjusting the first surface that bends, or refracts light, during its journey through the eye to the retina. The difference between these procedures is in the techniques – and they are quite different! There are also some refractive techniques that target the crystalline lens inside the eye as another component that refracts light, but these are not dependent on the use of laser technology.

The cornea is the transparent dome of tissue right at the front of the eye. The basis of laser eye surgery is the reshaping of the cornea such that light passing through is redirected in a way to focus clearly right where we want it to – on the retina. We do this with advanced laser technology; some procedures use both a femtosecond laser and an excimer laser, while others may use only the excimer laser for the reshaping process, known as photoablation. (to learn more about the femtosecond laser, click here) There are five layers to the cornea, the topmost being the epithelium, and the bulk of the corneal tissue that’s called the stroma. Photoablation is applied to the corneal stroma.

While there are numerous laser vision correction methods, all with excellent safety profiles and specific advantages, some are more common than others.

Many eye surgeons refer to laser-assisted subepithelial keratectomy as LASEK and epi-LASEK. LASEK is Dr. Michel’s preferred laser vision correction technique and he’s been using it successfully for years!

LASEK (epi-LASEK) combines the best of both PRK LASIK and regular LASIK. During LASEK laser eye surgery, the epithelial layer of the cornea is removed by loosening the adhesions of the epithelium (this is where the “epi” in epi-LASEK comes from) to the underlying membrane with an alcohol solution, and then gently lifting or folding the epithelium aside with a blunt tool. Unlike PRK LASIK, the epithelial layer is retained and not discarded, and there are no sharp blades involved. The excimer laser is then brought in to perform photoablation (the process of removing material from a surface by irradiating it with a laser) to the corneal stroma and once this is complete, the epithelial layer is smoothed back over the newly shaped surface.

When compared to PRK LASIK where the superficial epithelial cells are removed mechanically or chemically, many eye surgeons, including Dr. Michel, find that LASEK provides better comfort in the early post-operative period and faster visual recovery as the original epithelial layer is replaced rather than having to be regrown over time. Both methods are suitable options for patients with thin corneas as this provides more available stromal tissue for photoablation. With regular LASIK (known as The Flap Method), a hinged flap is moved to the side and because the corneal flap involves a thin section of stroma, patients with higher prescriptions may not be candidates for this procedure due to insufficient remaining tissue for photoablation. For the sake of structural integrity of the cornea post-surgery, it is ideal to have a minimum residual corneal thickness.

Another advantage of LASEK over LASIK is the potential for flap complications that LASIK presents. After photoablation in LASIK, the corneal flap is not typically stitched back but instead allowed to self-seal. Although rare, this flap may become dislodged, debris may become caught beneath the flap, or inflammation may occur at the flap interface. Patients who engage in vocational or leisure activities with a risk of physical trauma are often advised against LASIK laser eye surgery; this includes activities such as boxing, wrestling, combat in the armed forces, and construction work. The folded epithelial layer formed in LASEK is not subject to these risks, being such a light, thin piece of tissue.

Patients with pre-existing dry eye may prefer LASEK over LASIK as corneal sensation recovers more quickly after LASEK. And, as corneal nerves are part of the reflex feedback mechanism for the healthy production of tears, we often find that post-operative dry eye occurs at a higher rate in LASIK when compared to LASEK due to the cutting of the corneal flap.

LASIK laser eye surgery, also referred to as laser-assisted in situ keratomileusis or The Flap Method, is one of the most well-known laser vision correction procedures. Similar to PRK Lasik, the corneal stroma must be uncovered in order to allow the excimer laser to perform photoablation. However, unlike PRK Lasik, the LASIK method creates a hinged flap from the uppermost corneal layers, which include the epithelium and a thin section of stroma. This flap is moved to the side of the eye and later repositioned after photoablation. The flap may be created using either a bladed instrument or a femtosecond laser.

During PRK Lasik, the superficial epithelial cells are removed either mechanically (often with a handheld bladed instrument) or chemically (typically with an alcohol solution), and then discarded. This exposes the underlying stromal tissues for photoablation with the excimer laser. Post-surgery, the epithelial layer then regenerates during the healing process.

Ultimately, Dr. Michel’s no-cut LASEK laser eye surgery technique, in his opinion and through experience, is simply the safest and most effective form of laser vision correction available to patients suffering from myopia, hyperopia, and astigmatism.