Is Smoking Bad for Your Eyes? 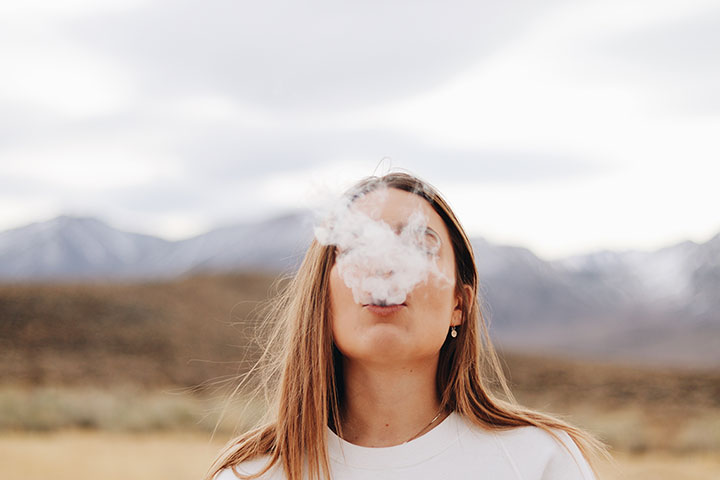 The dangers of cigarette smoking have been well-known for decades. The Centers for Disease Control and Prevention lists tobacco use as the leading preventable cause of death in the United States, citing uncomfortable statistics such as smoking being responsible for around one in five deaths every year, and the life expectancy of a smoker being at least 10 years shorter than a non-smoker.

Despite knowing that cigarette smoking has the potential to cause death by way of cancer and various respiratory and vascular diseases, around 40 million adults in the US still indulge in a puff. However, if you knew smoking could result in spending the rest of your life with permanent blindness, would you still be so quick to flick open that lighter?

The macula is the part of the sensory retina at the back of your eye responsible for central vision. Although you may not know it, we rely on the macula for all sorts of important tasks such as reading, writing, and recognizing faces – pretty much anything that requires the discernment of fine detail or direct attention. During AMD, the cells of the macula become permanently damaged, resulting in significant loss of vision in that area of the eye.

Although AMD is affected by other factors too, such as age (as the name suggests), cigarette smoking is the most significant modifiable risk factor related to its development. The link between AMD and smoking has been consistently demonstrated through many studies across various countries and populations, finding that smokers can have a 4-times increased risk of developing AMD compared to someone who has never smoked. Additionally, the number of cigarettes smoked is also positively correlated with the risk of developing AMD, as well as the number of years a persona has smoked.

AMD is known to be progressive. While treatment is available in the form of eye injections to slow or delay progression for the advanced stage known as neovascular AMD, there is no current cure to reverse any existing damage or any treatment that can guarantee to stop its course entirely. The increased risk of AMD has been found in various studies to linger around even after quitting, even for a couple of decades. However, the good news is that a smoker is still able to reduce their risk by quitting sooner rather than later, compared to someone who continues to smoke.

Glaucoma is a type of optic neuropathy, a disease of the optic nerve of the eye, which, similar to the macula, is pretty crucial for vision. The optic nerve is responsible for relaying signals from light detected by the retina to the vision centers in the brain. Similar to AMD, the vision loss from glaucoma is permanent and incurable though can typically be managed through therapies such as lifelong medications or surgery. Unlike AMD, glaucoma usually begins as vision loss in the periphery of your vision rather than the center – this results in difficulties with tasks such as driving, certain sports, and walking around, especially in unfamiliar areas or on uneven ground.

Although several studies exist which concluded there was no statistically significant association between glaucoma and smoking, other studies have concluded the opposite, agreeing that current smoking is significantly related to an increased risk of developing glaucoma, with this risk being higher with the number of cigarettes smoked. The good news was that ex-smokers, once they quit, demonstrated no difference in risk compared to those who had never smoked.

Cataracts are a clouding of the lens inside the eye, which is usually transparent in a healthy eye to allow light to pass through to the retina. Cataracts are typically considered a normal part of aging but there are some factors which are known to accelerate their progression and – you guessed it – smoking is one of them.

People who had ever smoked have been found to be at an increased risk of developing more severe cataracts and at an earlier age compared to those who had never puffed a cigarette, with this risk becoming more pronounced with heavier smoking habits. Furthermore, pipe-smoking was even more strongly associated with cataract than cigarette-smoking. The evidence suggests a 2 to 3-times increased risk for cataract development from cigarette smoking.

Luckily, cataracts are typically easy to deal with – if you don’t mind eye surgery. But if operating on the eye is not your idea of a fun time, be aware that cataracts tend to grow with time (and also evidently tobacco inhalation); eventually the vision becomes hazy and blurry all over despite wearing the most updated pair of glasses, impacting all sorts of daily activities such as reading, watching TV, and driving. After cataract surgery, vision is typically restored to pre-cataract clarity; however, vision will still not be perfect if vision loss from AMD or glaucoma is present as a result of smoking, as well.

It Doesn’t End There

There are a multitude of other ocular associations with cigarette smoking. These include an increased risk of dry eye disease, an increased risk of sight-threatening diabetic eye disease in diabetics who smoke, and even negative effects on a baby’s eye health and vision if the mother smokes during pregnancy. In addition to this, the systemic effects of smoking such as cardiovascular disease can have a flow-on impact to the eyes, such as causing blood clots in the vessels of the retina, which can have devastating results to your vision.

It’s not too late. Taking steps to quit smoking at any time has benefits for not just your eyes but your entire body!