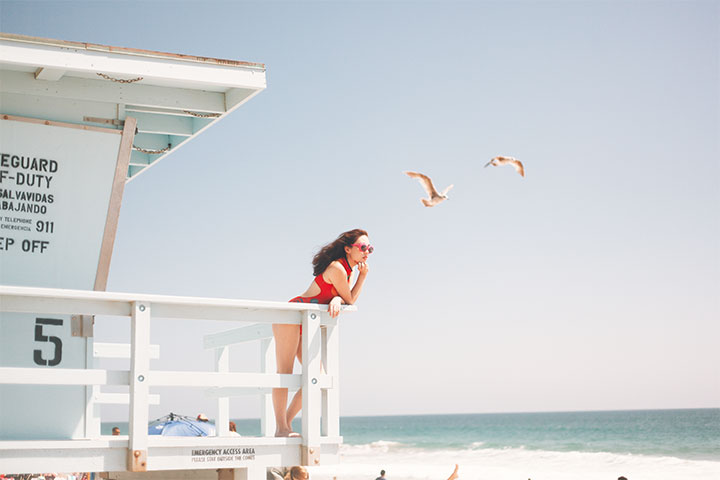 Risks are a necessary part of life. Stepping out of the house is a risk – you could get stung by a bee in the garden; staying inside the house is a risk – what if the bee comes through the window and you’re caught unaware? Understanding the consequences when we take these risks help us to make reasonable adjustments in response (if you’re deathly allergic to bees, becoming a beekeeper is not a good idea).

When it comes to pterygia, that fleshy overgrowth of white tissue over the cornea of your eye, the consequences may not be quite as severe as an anaphylactic reaction. However, it does help to understand what risk factors come into play in the development of a pterygium. Though pterygia are benign and for most people, quite easily ignored, the further across the cornea they grow, the more likely that they can cause inconveniences such as inducing astigmatism, blurred vision, becoming irritated and inflamed, and just generally not looking that attractive. The only treatment for a bothersome pterygium is to remove it with surgery: however, unless you have a highly-qualified, advanced pterygium doctor, pterygia are known to recur. So, what are the factors that might increase your risk of developing a pterygium?

There are some things that improve with age but unfortunately your likelihood of a pterygium is not one of them. with one analysis noting a prevalence of only 3% in people under 20 years old, rising to 20% in those over 80.

Male gender is generally accepted as being associated with a higher risk of developing a pterygium with some studies finding men had more than double the odds; however, there have been reports of women being at a greater risk than men. One such finding was from a Tibetan study which researchers related back to the Tibetan culture of women engaging in more outdoor work.

Ethnicity also is known to play a part in the risk of developing a pterygium. In a study out of Barbados, black study participants were found to have a pterygium frequency of 23.4%, compared to less than half that, 10.2%, in white participants. However, in specific regard to skin complexion and pigmentation, studies do not all concur, with some finding darker skin complex to be a protective factor against pterygia while others have noted that darker skin was associated with an increased risk of pterygia. These conflicting findings may be due to other factors, such as race.

Genetics and inheritance define a lot of who we are – the color of your hair and the shape of your nose. Although modes of inheritance are a complex topic, studies have noted a link between a family history of pterygia and your likelihood of developing one, too. The presence of certain inherited genes is thought to be associated with the way the tissues of the eye related to pterygium development react to UV exposure in genetically predisposed individuals.

UV exposure is one of the most commonly cited risk factors for the development of pterygia and is strongly associated with other quoted factors that elevate an individual’s likelihood of pterygia, such as outdoor occupation and geographical location. Regions located close to the equator and at high altitudes are generally found to have higher rates of pterygia. The so-called “pterygium belt” extends between 37 degrees north and south of the equator, encompassing some of sunny southern California with its pterygium-inducing rays. Living in a rural location is also found to be associated with a higher risk of pterygium when compared to urban cities, also thought to be due to rural populations spending more time outdoors and being exposed to more UV radiation. The combined data from various studies found a pterygium prevalence of 13.2% in rural populations compared to 6.3% in urban areas.

Who doesn’t enjoy sipping on a margarita or mimosa while watching the Californian sunset? While the jury is still out on just how much alcohol might affect an individual’s risk of a pterygium, there is some evidence that alcohol consumption could contribute 1.17 greater odds of a pterygium. However, some studies have noted no statistically significant association between alcohol consumption and the risk of pterygium, while others acknowledge a link between the increased likelihood of a pingueculum (a growth on the whites of the eye without crossing over the cornea), but not a pterygium.

Cigarette smoking is an interesting factor. Despite being associated with an increased risk of various eye diseases, including age-related macular degeneration and cataracts, smoking may, in fact, confer a protective factor against the development of pterygium. Bafflingly, the risk of a pterygium appears to be decreased not only in current smokers versus those who have quit, but is also lower in those who smoke more cigarettes per day compared to those who smoke fewer. After adjusting for other factors such as age and residential location, participants in a Korean study who had never smoked were overall more likely to have a pterygium. The underlying cause of this protective effect is unclear though authors of the study suggested suppression of inflammation induced by nicotine may play a role.

As with most, if not all, health conditions, there is no one causative factor linked to the development of a pterygium. Instead, its development is a result of multiple factors coming into play, some of which may not always be explicable. While moving countries away from the equator to reduce your risk of a pterygium is probably not considered warranted, since we know that UV exposure plays a big part, wearing UV protection for the eyes in the form of sunglasses and a hat is an easy and convenient way of reducing your risk.