Can Kids Get Pterygia? 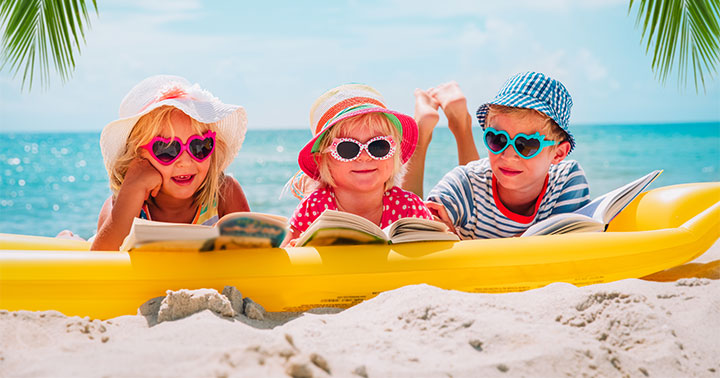 Pterygium – a benign wing-shaped overgrowth of tissue from the whites of the eye over the transparent cornea. It’s commonly known as surfer’s eye (carnosidad in Spanish) and is often thought to be related to UV exposure, which is why there is a higher prevalence in geographical locations closer to the equator. The vast majority of pterygium cases are seen in adults with the peak incidence between 20 and 40 years old, but just like little kids can get the odd premature white hair here and there, it turns out they can also get pterygia.

What causes pterygia in children? Pretty much the same as what causes it in adults – UV exposure. It is also thought that certain environmental conditions with the potential to irritate the eye, such as dust, aridity, and wind, can contribute to the formation of a pterygium, meaning that children who often play outdoors in these environments may be at a greater risk. However, there have been reports of children, even as young as 2 years old, with pterygia and no identifiable risk factors, whether environmental or genetic.
The appearance of a pterygium in a child is much the same as that in an adult. Similar to pterygia in adults, a pterygium in a kid can be managed conservatively by simply waiting and monitoring. In many cases, nothing needs to be done and the worst of it is simply the cosmetic appearance. Occasionally, a pterygium may become irritated and inflamed, which, in the worst case scenario, leads to an irritated and inflamed child. The eye becomes red in the area of the pterygium but with judicious application of anti-inflammatory eye drops from your eye doctor, or simply a cold compress and eye lubricants, it will soon settle.

If a pterygium progresses and grows further and further across the cornea of the eye, it may eventually begin to impair the child’s vision. The cornea needs to be transparent in order to allow the full transmission of light through it to form vision. A growing pterygium may induce blurry vision in the form of astigmatism, which is a type of refractive error of the eye. While low levels of astigmatism can be easily corrected with spectacles, there are a couple of things to be aware of – if the pterygium keeps growing and the astigmatism keeps changing, it will end up being a costly exercise to constantly update the glasses prescription in order to keep up with the change; and, some people, whether children or adults, will not tolerate too much of a difference in prescriptions between the eyes. As pterygia occur asymmetrically between the eyes, each eye is likely to require a different glasses script.

Surgical Management of Pterygia in Children

If a pterygium is causing significant disruption to the vision, or if child or parent are just not keen on the appearance of it, a pterygium may be surgically removed. In children, the surgical method of choice is often a conjunctival autograft, which involves covering the pterygium excision site with tissue taken from another part of the eye. While conjunctival autografting generally reduces the risk of recurrence compared to leaving a bare excision site on the eye, many eye doctors report a higher rate of recurrent pterygium in children when compared to adults, up to 36% in kids.

A note about Conjunctival Autograft: Dr. Michel experiences recurrence rates less than 1%. Pterygium removal surgery is both an art and a science. He uses the Conjunctival Limbal Autograft (CLAU) technique which is a variant of the Conjunctival Autograft. Dr. Michel treats pterygium as a localized stem cell deficiency which he replaces with specialized grafts that help the eye recover without recurrence. A tissue glue is used that also doubles as a liquid bandage to cover the eye after surgery, keeping the eye more far more comfortable.

Further investigation is needed into the topic of childhood pterygia. At this point in time, there isn’t enough knowledge around exactly why pterygia occur in young children or how to best manage it in order to minimize the likelihood of the pterygium recurring. In the meantime, eye protection in the form of sunglasses and hats are recommended as well as general vigilance around your child’s eye health and vision.